June 15, 2013
This year, I offered a class for the first time to the school's year 10 students: Big Ideas in Computer Technology. The course was inspired by a lecture I had watched on Youtube in which Dr Daniel Garcia of UC Berkeley presents the idea of CS Principles, an advanced placement course being offered at some US high schools in a bid to foster greater interest in Computer Science among school-aged students. 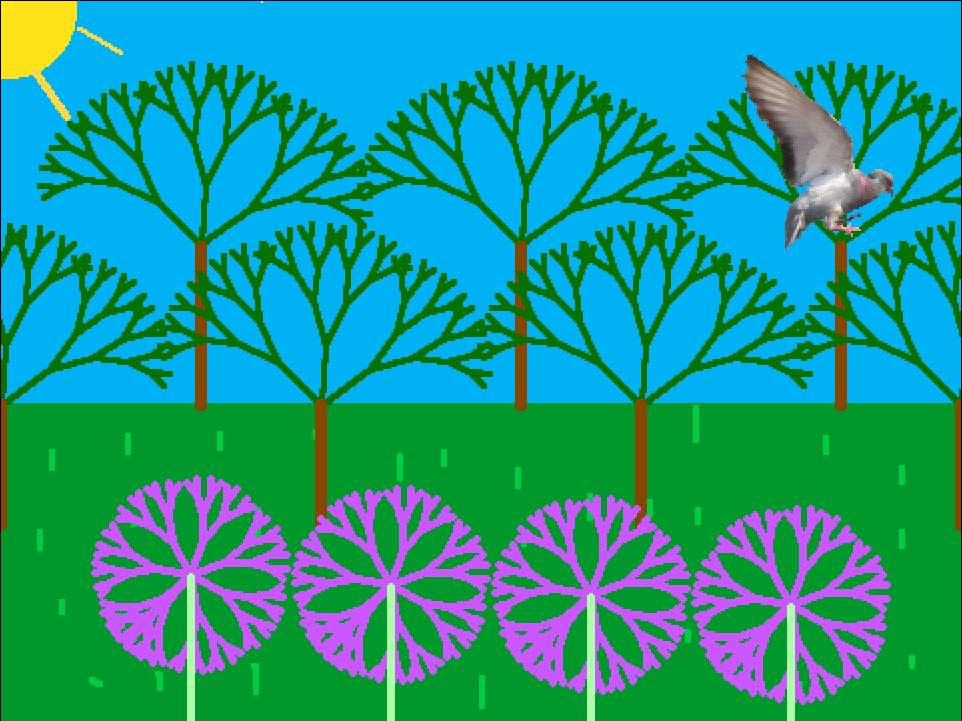 The course was divided up into five modules:


It is the fourth module I want to look at in this post. I was aware of some students' interests but not of the interests of others. A few students really wanted me to construct the project for them. Here is what we settled on in the end:
The students submitted a reflection at the end of the process and I found elements of their reflections quite startling:
Throughout this time, my role was to point students to useful resources for learning and to move around the room talking to them about any problems they were encountering and making suggestions.
Hayley joined the class in the second half of the semester. She had just arrived from overseas and, unlike the other students, had not been exposed to any form of computer programming. She had to pick up Scribble with no prior knowledge. This is an extract of her reflection:
When I started using Scribble, I wasn't familiar with it. But through working with it for days I realised it was actually fun. I created new art pieces. Some by mistake and it turned out to be fantastic. The commands are complex but when i understood it properly it was addictive. Time management wasn't a problem for me. I finished it before the due date. I worked 1 ½ hours a day. And I am happy with my final art.

I read this and thought: One and a half hours is the amount of work I was expecting them to do each week, not each day.
Elie and Natasha are students who are interested in all things to do with computers. They have wanted to to learn to write computer programs for a while. Until this year, the day on which we held APP Group meetings did not suit either of them and the computer games elective in year 9 did not run when they were in that year. All this started to change when, in semester 2 of last year, we joined the NCSS Challenge. They both loved it and Elie solved all 50 problems in the Beginners section correctly.
phase 1 of the project for both of them was a game of Paper, scissors, rock, lizard, Spock! It was an exercise in the Coursera course they joined. Both Elie and Natasha submitted working solutions of this problem. For phase 2, each designed a different adventure and implemented it to a certain extent. You could get through the house / tower and solve the mystery but there were some bugs in the programs. This was more than acceptable given that they had to do it all in a short amount of time.
Here is an extract from Elie's reflection:

I don’t think that I would change many things if I did this again, as I found that Phase 2 of my project really extended my python programming skills. To me, it was more than just writing ‘if’ and ‘else’ statements, but was about developing a whole new mindset and ability to solve problems in a new language, while also finding ways to make the programs I write more efficient.

I know this is not news to many of you but my biggest take away from this project was a confirmation of the idea that, when allowed to work on a project that is meaningful to them, students will work harder and learn more than when we teach them identical knowledge outside of any context.
I am happy to share the criteria sheets I used to assess both phases of the project. Let me know if you're interested.

Celia Coffa said…
Great stuff Ziad,
Giving students choice over their learning is a feature we are definitely trying do more of in Primary years, but I understand that at High school levels this is harder. Your passion rubs off too! Your description of the role of the teacher as more of a facilitator and guide was heartening.
Thanks for sharing
4:42 pm