Three students at a teachers' conference 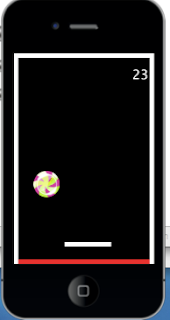 For the second year running, I had the privilege of taking three students to the VITTA annual conference to present a workshop on developing APPs using Corona SDK. This year, I took Ally from year 8, Yara from year 9 and Ping from year 11 (not their real names!). All three are members of the Avila College APP Group.

In my reflection on last year's experience, I wrote that 5 weeks would be needed to prepare the students. Unfortunately, this year's conference was at the start of week 4 of the school term. Starting at the end of the last semester would have been impractical as it would have clashed with exams and report-writing. Still, we met twice a week and the girls ran one of the APP Group meetings as a rehearsal.

This year, the students prepared most of the slides. Each knew which step she was presenting and made  up the slides for that step. I merged the slides into one Keynote file and added slides for the last step which I had prepared in the unlikely event that the time would allow for it.

The day of the conference

We arrived early and tried to find our break-out room. The girls realised quickly that I had no sense of direction. When I finally asked about the room, I was told I was on the wrong floor of the building. I didn't mind the girls laughing quietly and led them to the coffee stand (I had no problem locating that) where they each took a hot chocolate.
Drinks in hand, we went up a floor. You see, a student knew how to get us to the lift, despite my best attempts to get us lost. To cut a long story short, we found that our seminar had been moved to another room. We verified that Corona SDK and TextWrangler had been installed and went to the keynote.

This is really a diversion but I could not skip over Professor Yong Zhao's excellent keynote in which he  convinced us that there was a high positive correlation between high test scores and eating with chopsticks. You can take a look at the great man in action here.

When the time came for our workshop, we discovered that many speakers were not sure where they were supposed to be. We moved again and quickly discovered that the MacBook Airs were not probably configured: Corona was installed but not registered. Problems persisted and then the tech support guys informed us that the correct configuration was in another room and, half way through our 100-minute workshop, we literally swapped MacBooks with the room next door to us.
In the meanwhile, this is how we coped:
Once the MacBooks were sorted, I asked the girls to start from step 4, the one Ally was in the middle of demonstrating, and to run a tutorial for the remaining time. They made the switch with no apparent difficulty and went on with the great job they had started. At that stage, I decided I had done enough panicking for the four of us and relaxed!

What impressed me the most about the students

After the conference, I went back to school, a colleague having collected the students from the conference earlier, as I needed to be present for subject selections. Prior to the arrival of the parents and students, I had time to write a card to each of the three. I congratulated them and remarked on their adaptability in the face of an unforeseen circumstance. This is what I added on each of their cards:

I would like to write more about the conference and the wonderful people who prepared it, those who ran sessions and the innovative teachers I met. This will have to wait. This post is dedicated to three remarkable students. I hope they continue to be great great learners all their lives.
Corona SDK students VITTA