May 14, 2011
After getting over the installation problem discussed in the last post (using the laborious process described in that same post), we had a great class last Tuesday after school. 30 girls filled the lab and worked in pairs. Among them, 3 year 10s sat on the floor and worked on their laptops.
Here's what we did: 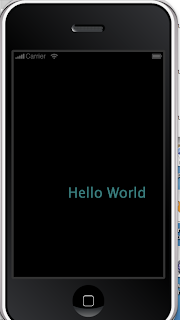 It was great to see the girls modify the exercises to suit their own purposes. Some simply swapped Peach's picture with their own. Others used a picture of their favourite singer and made his name drop across the picture.

At the end, I asked them if they had enjoyed the session, and I heard a collective "yes".

My next project is to get them to write a simple game. The words "Tap me" keep appearing at the top of the screen, in a random position, and then move to another place on the screen while fading. When the user "taps" the text successfully, the score increases by one. The game ends when the user has managed 10 successful taps. I intend to break this exercise up into smaller ones with increasing complexity.

I have three people to thank for the learning I have done so far:
The reason I am promoting this club is to hook up with other schools that may be teaching App Development, especially using Corona SDK. So, if you're doing this, please get in touch with me.
Corona SDK Mobile Apps teaching programming