What have you created at school today?

November 06, 2010
The schooling I received as a child was truly remarkable considering I grew up in a time of civil war. I finished school reasonably fluent in three languages and with enough Maths and Physics behind me to apply for Science and Engineering degrees. One thing I don't remember doing at school was create things.  My art teacher tried but all I could do was reproduce basic drawings or water colours that earned the grades F (Faible - Weak) and AB (Assez Bien - Good Enough!). 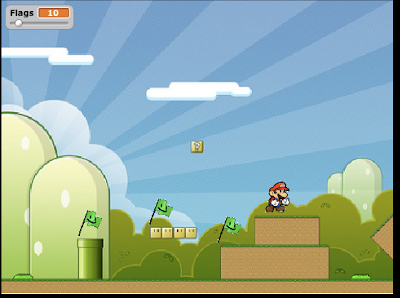 This year I experimented with Scratch, an MIT Media Labs environment for building interactive animations and games. Scratch allows students to create, regardless of their level of artistic talent. Given how little time they spent with tutorials and the fact that they only had about 4x60 minutes of class time, a week apart, to create their final product, the results were outstanding.
Some of the students prepared a story that was related to their passion, such as dancing or the Jonas Brothers. Others experimented with a game or a story of adventure. Evil was a common theme! What impressed me was the resilience that some showed as they were solving problems. Most of the students seemed to genuinely enjoy themselves in the process. One of my colleagues, who had been unsure of the relevance of Scratch, took my class while I was away. He then told me how impressed he was with the girls' projects.

For me, this is what the late Randy Pausch would call "the head fake". They were enjoying animating stories while solving problems and getting an introduction to something difficult - computer programming.
If you have used Scratch, Kodu, Alice, GameSalad, Game Maker or anything of the sort, I would love to hear from you.
creativity scratch teaching